“It was clear these discoveries were not personal, but universal. Soon my goal was to reach as many people as possible.” 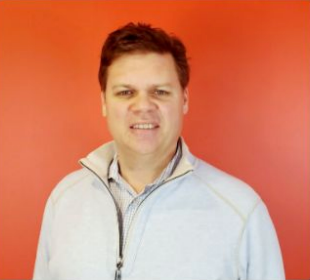 Mark enjoys time with his family and the outdoors – especially golf, tennis, and skiing.

Mark Cunningham’s dream of becoming an Olympic-level decathlete narrowly eluded him –  a fact for which hundreds of senior leaders in the business world are avidly thankful. Had he clenched that goal, the Achieve System™ likely wouldn’t exist, and the business world would be all the poorer.

During his years as an elite decathlete, Mark’s commitment to excellence drove him to undertake a comprehensive investigation into a single question: What are the factors that create optimal performance under optimal pressure?

After thousands of hours delving into the strategies, mindsets, habits and training programs of the world’s top coaches and their athletes, he found an answer. More accurately, he created one: a synthesis of cutting-edge neuroscience, best practices from performance systems and fundamental insights into human behavior.

Mark realized that such a system could drive spectacular performance improvement in business, and developed the Achieve System™.  Since 1997, Mark has assisted senior executives and leaders at Fortune 100 companies in developing the highest potential of their teams and organizations.

In addition to his role as CEO and chief architect of the Achieve System™ , Mark oversees the selection and development of The Achieve Institute’s team of high-performance experts.

Mark is a trusted advisor to many of the country’s top organizations and a sought-after speaker. He holds a Bachelor of Arts degree in Economics from Gettysburg College.

Take the next step toward high performance.